I am super late with this post but.....hey, It's still January so you can, maybe, implement this yummy recipe next New Years! HA!!

I have Southern and Northern roots in my blood. Family from up North but born and semi-raised in the South. If I had to choose I would pick the South. Better food, friendly people, BUTTER!!

Now don't get me wrong, the North can throw down in the kitchen. I have been to many a fine restaurant, but there is just something about Southern comfort food that does a body good. 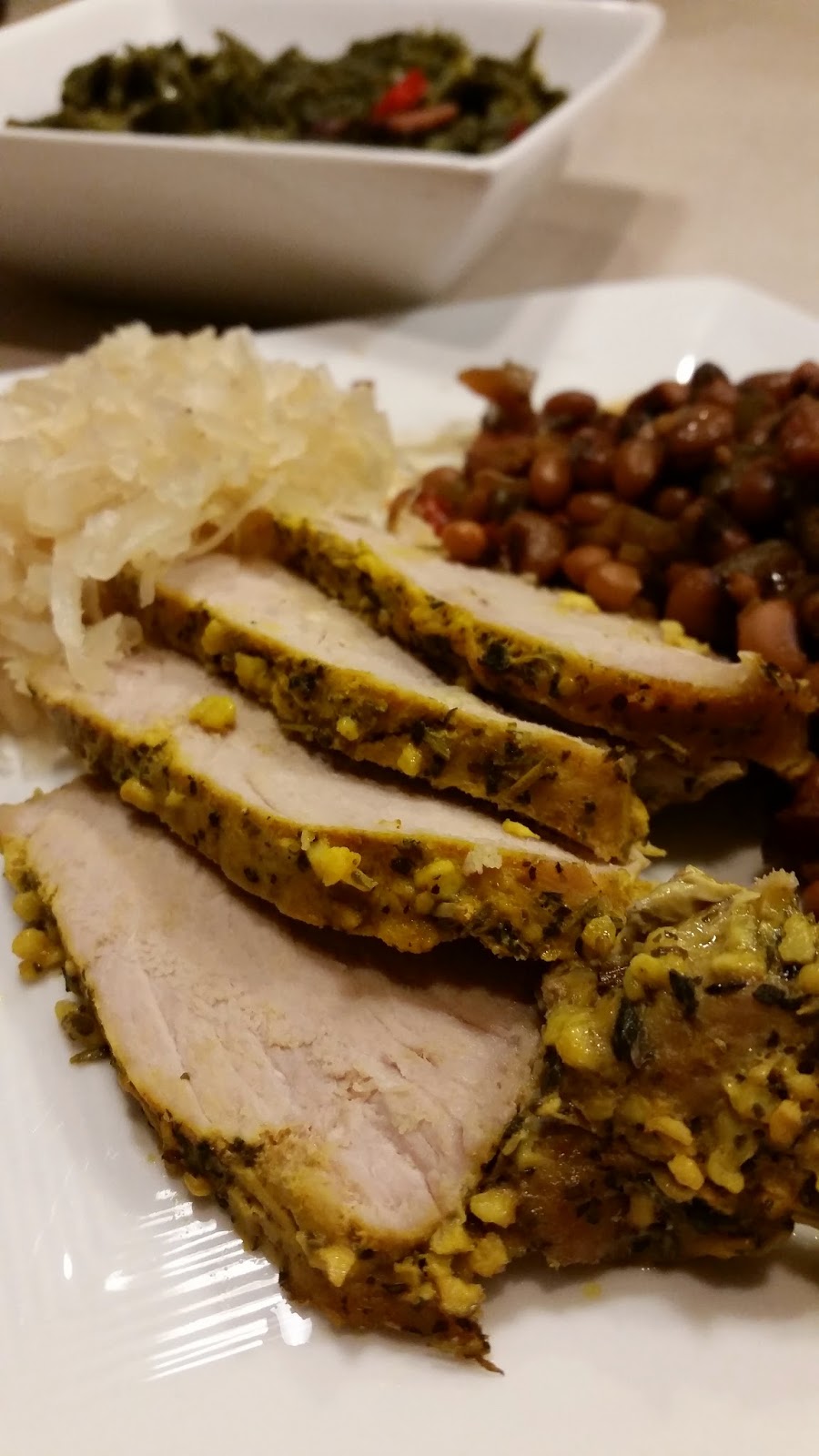 Wash and pat dry the pork tenderloin. Using a small paring knife make about 10-15 little slits in the top of the pork. This is to stuff the seasoning into the meat. Combine the rest of the ingredients in a small bowl. Using your fingers grab some of the seasoning and begin to stuff inside of the little slits. Once all are stuffed rub the rest of the seasoning all over the meat. Place in a ziplock bag and let marinate for 2-24 hours. The longer the better. Bake uncovered in a small baking dish at 400 degrees until meat thermometer reads 140-145 degrees. Take out of oven and let rest for 15 minutes. Slice thin. Enjoy.

Hey, where was that again?