My buddy P-Diddy and I have a bucket list......which mainly consists of restaurants. Everytime we find a new place to eat we say "add it to the list!" We tried to tackle a few over the summer but lately we have been adding a lot more to the list. Summer is almost over so we will now have to use weekends and school holidays to enjoy.

Today we went to the wonderful Bishop Arts District in Oakcliff. I love this little area of town. It's like a diamond in the rough. I have visited before and ate at Hunky's-the best old-fashioned burger spot ever! I was watching the food network/cooking channel the other day (because I am obsessed with that channel) and I came across a show called Chuck's Eat the Street. Chuck is an awesome chef from Montreal. He has his own restaurants and has appeared on Iron Chef beating THE Bobby Flay.

The episode was called Big D, Little Street and if you go to the website you can check it out. The restaurants featured were Lockhart Smokehouse, Lucia, and Dude, Sweet Chocolate.

We tried Lockhart Smokehouse first.
This place is pretty awesome. The meat is all smoked and prepared in house. They will let you try the meat before you purchase so of course we sampled. We tried the shoulder clod first. This is the shoulder part of the cow and it is really tender and juicy. It is similar to brisket but more red in color and not as fatty. They have an amazing rub on the clod and you don't really have to use any sauce if you don't want to. They do have sauce condiments available that is made in house. They pride themselves on not using sauce because the flavors are so amazing.
You can order however much you want and they weigh it out. I ordered 4 slices of clod and the jalapeno sausage. I could never be a vegan! P had half a smoked chicken and 3 slices of clod. She's pregnant.....I'm greedy. As for sides they have an abundance. I had the Habanero Mac and Cheese which was divine. It tasted like there was a hint of garlic and lots of spice. This was one of the best sides I have ever had. P had the regular mac and cheese.....she wasn't down for the spicy, but she said it was really good. They are also famous for their deviled eggs and Chuck features the recipe on the cooking channel website. We didn't get any but next time you bet your a$% we will! 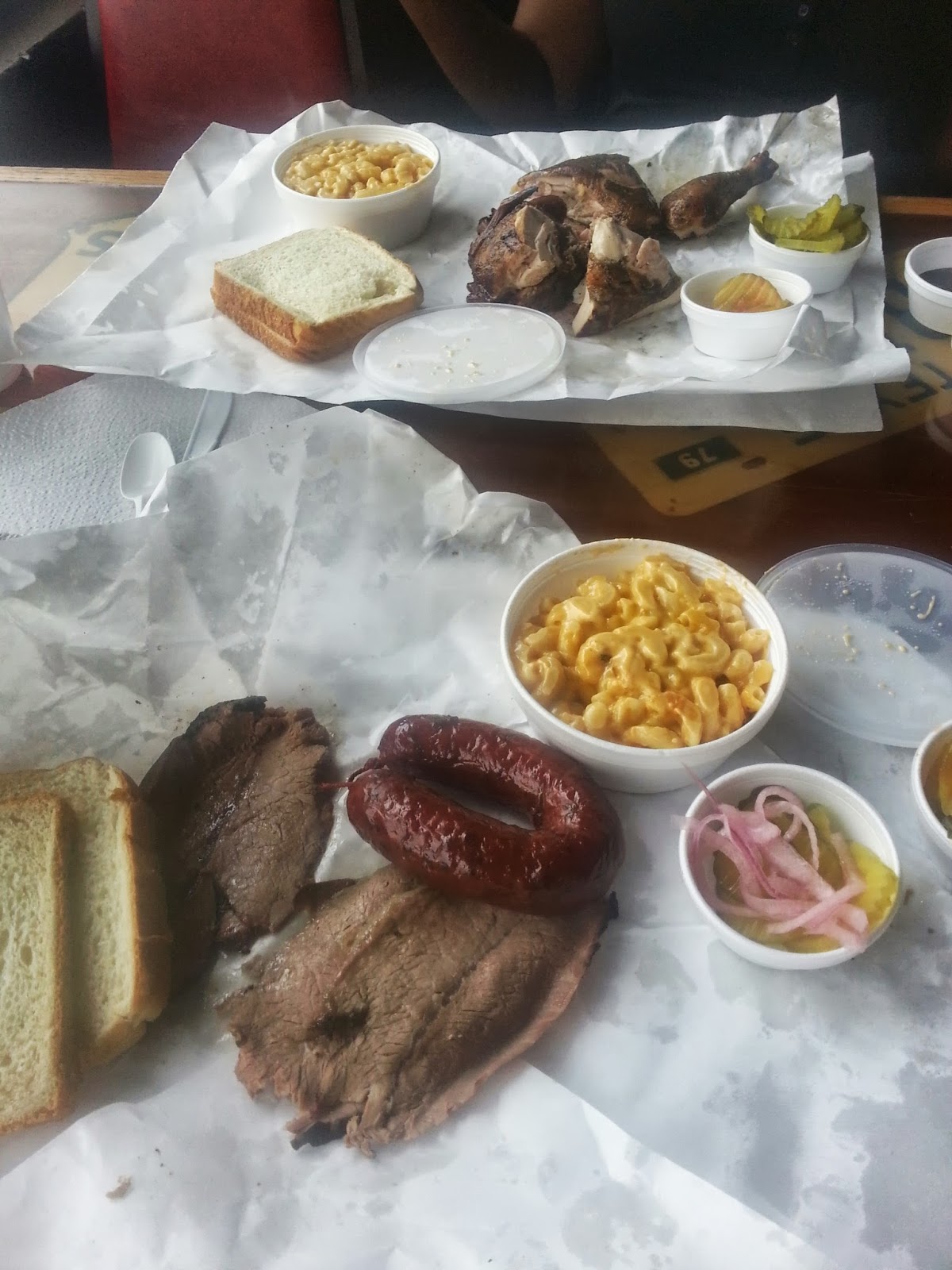 While there we saw a celebrity! One of the daughters from Big Rich Texas was there. I love reality tv but I did not really watch this show. P used to watch it so she pointed the girl out.....and stalked her while she ate said hello as we walked out.

There were condiments of spicy and regular pickles and marinated red onions. This food was so amazing. I ordered a 1/2 rack of ribs for Mr. Lovely and he wasn't impressed. I tasted them and they didn't seem to be as seasoned as the clod but they weren't bad. I would definitely order the same thing I had again.

After lunch/dinner, we needed a good dessert. We walked to Dude, Sweet Chocolate which was about 2 blocks away. This is a cute little chocolate shop that prides itself on selling high quality (72%) dark chocolate. 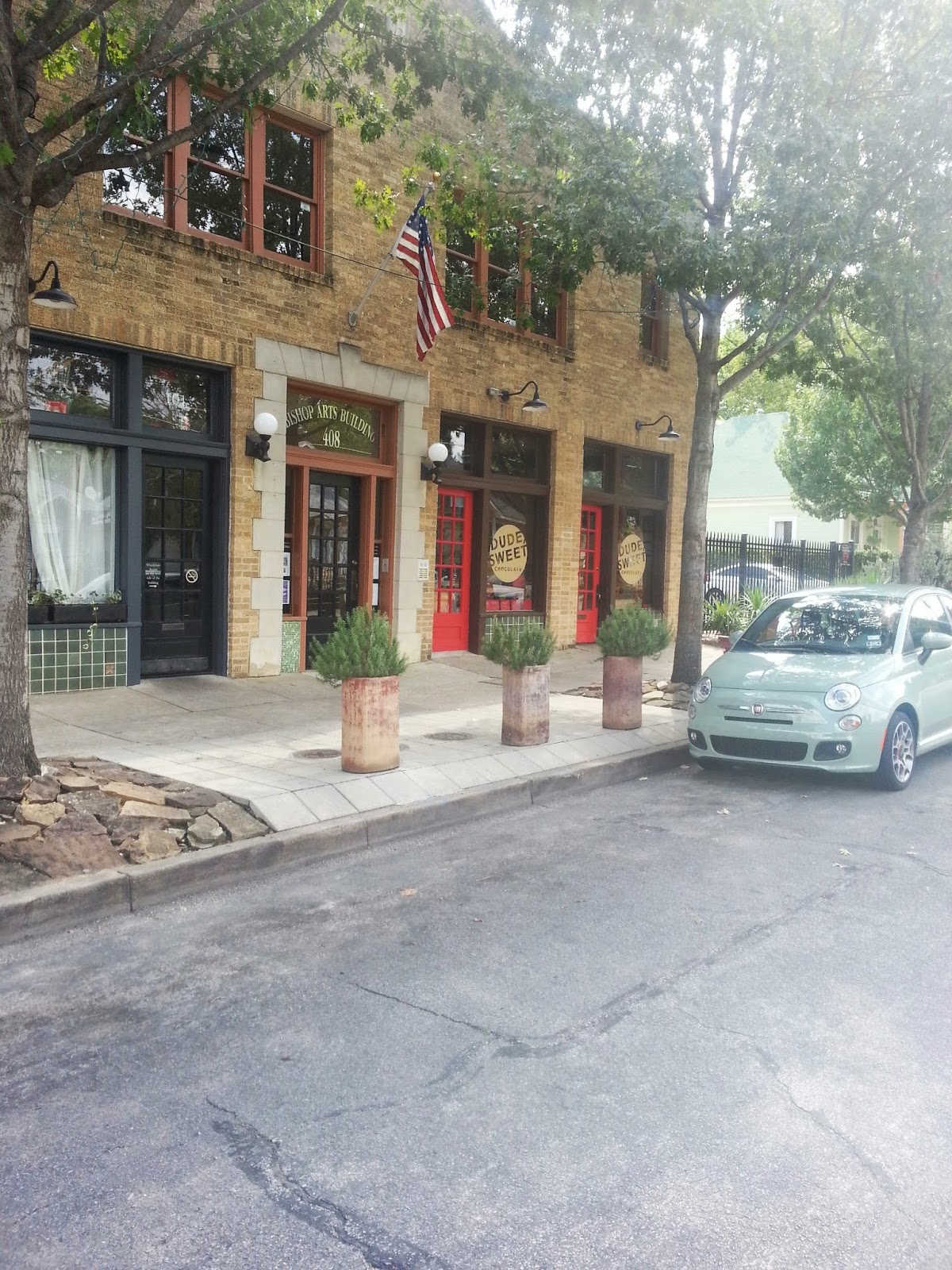 We got to sample all of the different types of chocolate they have. Some was pretty bitter but a vast majority of it is all mixed or infused together with other ingredients. The show featured chocolate salami which is a mixture of dates, figs, chocolate, marzipan, and extracts all rolled into a tube and sliced like salami. It was pretty good. But, I went crazy when I saw this: 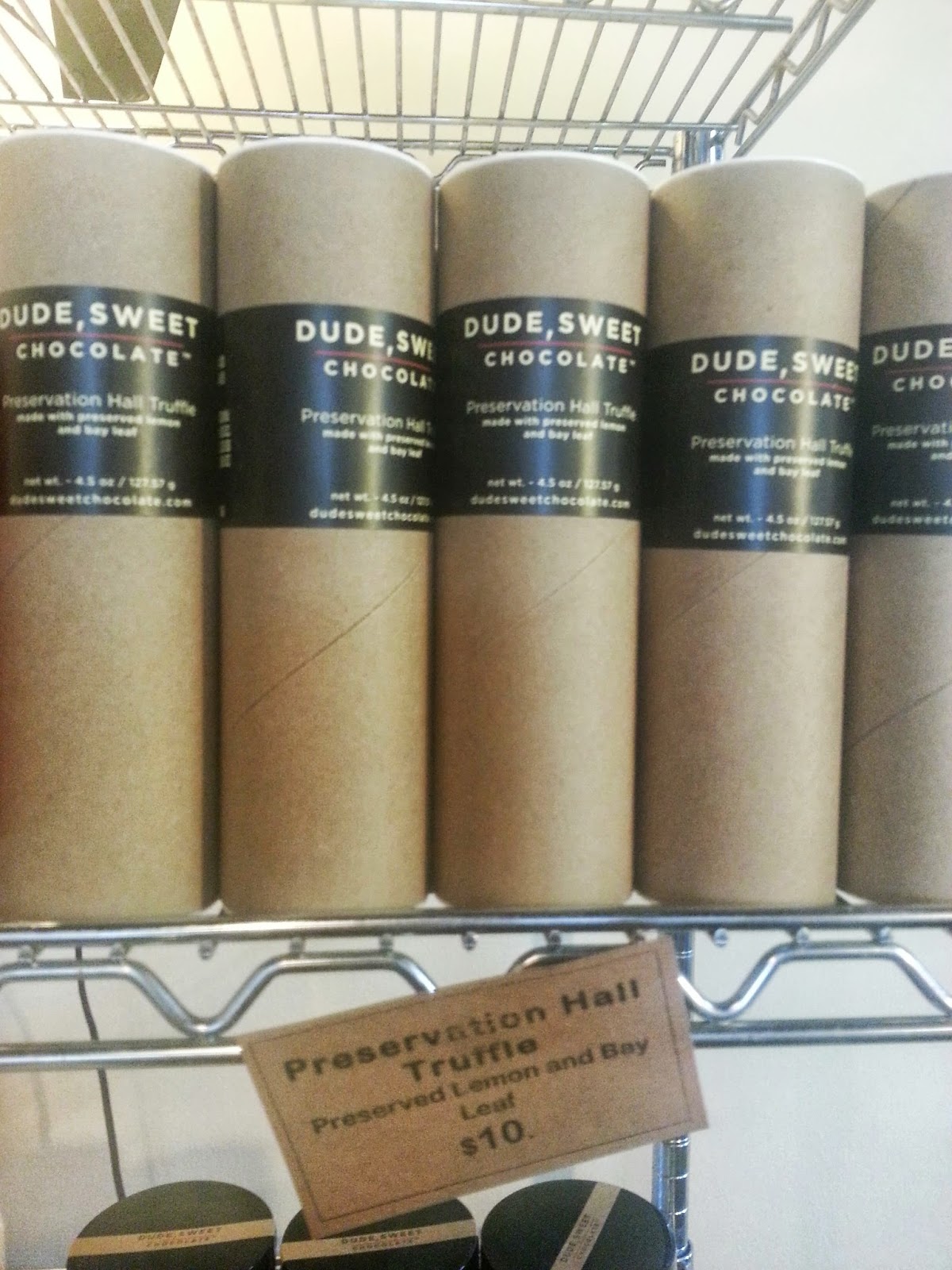 I ended up purchasing the Especial Soft Butter Toffee. It's made with toasted cashew and blackberry. It is one of the sweetest chocolates in the store and I love it. 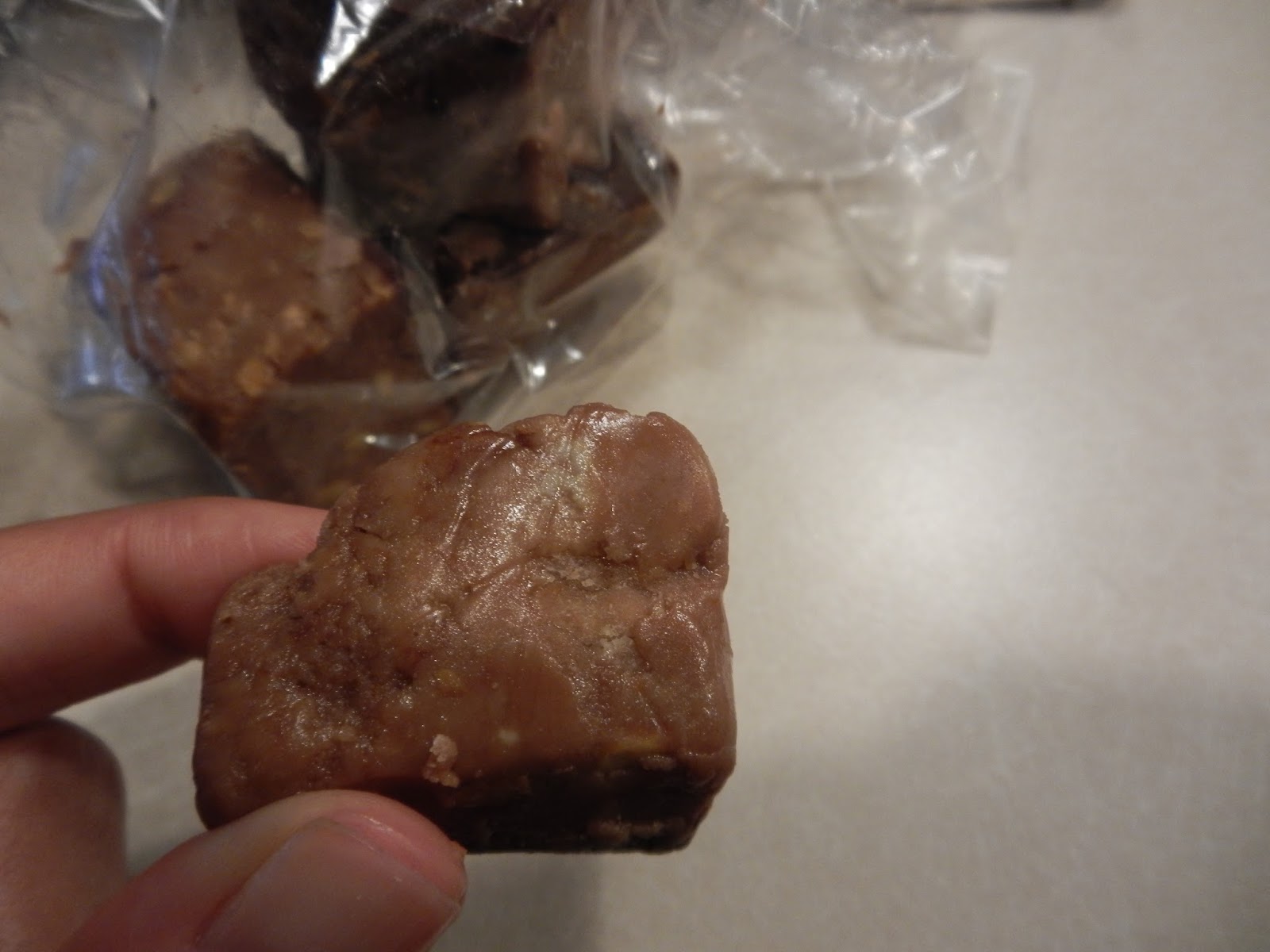 Lucia is right next to Dude, Sweet Chocolate but there is a month long waiting list to eat there. It is Italian food but PRICEY! This is definitely an anniversary, birthday, last day on earth type of restaurant. Don't worry, we will eat at this restaurant...and I will post a review.

There are a ton of other restaurants in Bishop Arts District that I have yet to eat at. They are on my list and once I visit them I will definitely post.
Posted by Unknown at 4:54 PM

Hey, where was that again?